Some time in the last year the good people at Auckland Council decided to review their rates policy relating to landowners not currently paying rates.

Churches were informed of this review but safe in the knowledge of the exemption provided under Schedule 1, Part 1, Clause 9, of the Local Government (Rating) Act 2002, (revised 2013):

Some of us were visited by a representative of the Council to assess whether any of our buildings fell outside this category. Again we did not worry.

At St Matthew’s we then got a letter in May telling us that 6% or our property had been assessed as rateable. These are our offices and, who knows, maybe our toilets as Zac Fleming wonders.

At this point we did start to worry and asked the Mayor for an explanation and for an indication of what the actual amount would be. 6% might not be much but when our land (as we then thought) was worth $13m it could be a lot. Well it turns out the Council now reckon our land is worth $32m so 6% of rates on that turns into $11,500. The final figure was only given when the bill came. So much for responsible budget planning.

The media coverage about this

has created a flurry of comments on social media.

In amongst the usual vitriol many people are asking the question – why shouldn’t the churches pay rates? That is a reasonable question to ask but that is a debate to be had with the government if people feel the law should be changed. The reasons we don’t pay are no doubt historical but if we are to debate churches being exempt then what about libraries, art galleries, sports facilities, marae, schools, airports, wharves and railway lines? Read the legislation here (Schedule 1).

By all means let’s have the national debate. In the meantime we would argue that Auckland Council have overstepped their brief. It certainly seems the staff have acted without a clear policy from the Councillors, as TVNZ reported.

The effect of enforcing this policy will be quite damaging to churches. Most churches (unlike us) have church halls which are hired weekly by thousands of community groups from Girl Guides to Parenting Groups to Foodbanks to Alcoholics Anonymous to arts and sports groups. They pay small hire fees; these fees will have to rise dramatically.

At St Matthew-in-the-City $11,000 will have to come off our maintenance spending – so what will we not do: remove graffiti from the church? pay a professional company to pick up the hoards of rubbish, needles and human waste that is left weekly at our doorstep? perhaps not change the lightbulbs, which requires an electrician with a scaffold? or not clean the gutters (with a crane) and so allow one of Auckland’s finest category one historic buildings to deteriorate? 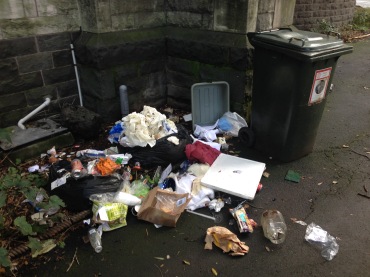 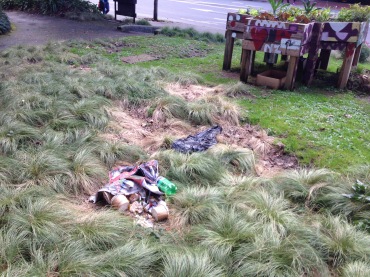 No one else pays those bills. We look after this building on behalf of Auckland. Other churches do fine work in the community. We are all technically asset rich according to the land we own but we are very cash poor. Every dollar is given by parishioners and donors or earnt by small rentals of community space.

At St Matthew-in-the-City we own a carpark which is leased to Wilson’s Parking. We pay full rates on this property and those rates have gone up by $53,000 this period, way more than our rental increase can go up under our lease, but that is commercial reality so we pay like everyone else. We use the (now reduced) income for the upkeep of the church building and to pay some of our staff.

As charities our expenditure is audited and scrutinized, we make no “profits”, we do our best to serve with what we have. It would be good to be able to continue to do so. Make no mistake if this policy is rolled out many smaller churches will go under.

5 thoughts on “Should churches pay rates?”