On Sunday the church around the world focused on Saint Mary Magdalene. It was her day on 22 July. For many centuries Mary has been thought of as a prostitute or at very least the model “penitent sinner.”

If you actually read about her in the Bible you discover none of that is true; she was in fact a leader of the disciples and Jesus entrusted her with the most important message of all – to tell the other disciples she had seen him alive at the tomb.

From the moment the church began there have been battles for power and battles for who gets to speak and to lead. Women were leaders in the Jesus Movement from the beginning and slowly but surely their voice was silenced. However never completely, and the actions and words of Mary Magdalene have been preserved in the New Testament and in other gospels which didn’t make the final cut, including the Gospel of Mary.

Mary is named Magdalene for the place she was from. A town on the shores of Lake Galilee, a Jewish town under Roman occupation, place of trade and commerce. Mary is not named as wife of, daughter of, sister of, like most women in the Bible. She stands alone, in her own right. Mary is mentioned 14 times in the gospels, which is a lot for one person. Whenever there is a list of women given, her name appears first. She appears on the pages of the gospels as a leader of women; a woman of some means, supporting herself and the disciples; a woman of courage, remaining at the cross and returning to the tomb.

Despite the storytelling of Dan Brown’s Da Vinci Code and many others, I do not think Mary was married to Jesus. Some people have argued that she was, it is certainly possible, but I think that diminishes her stature as much as making her a prostitute did. She did not need to be married to Jesus to have a place in his life. She was a disciple and a leader of the disciples.

Her leadership is debated and challenged – in the Gospel of Mary we read “Peter responded “Did he (Jesus) then, speak with a woman in private without our knowing about it? Are we to turn around and listen to her? Did he choose her over us?” (Gospel of Mary 10:5-6)  You can read the Gospel of Mary here .

And her leadership is affirmed – in the Gospel of Philip we read “there were three women who always walked with the Lord: Mary his mother, and her sister and the Magdalene, the one who was called his companion.”[1] 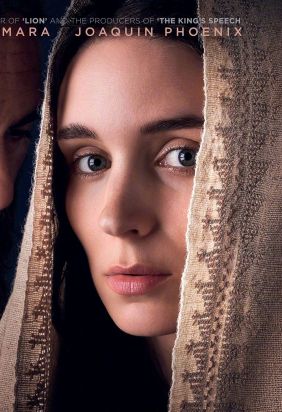 The recent movie Mary Magdalene (Garth Davis 2018)  paints a picture of Mary Magdalene consistent with the Gospels of Mary and Philip as well as the biblical texts. She is portrayed as the leader of the women followers of Jesus and the resurrection scene is straight out of the gospel of Mary. The reviewers didn’t like the movie much but I did!

Mary Magdalene is a saint for our time. She is a woman who despite best efforts could not be silenced. Her devotion and love of Jesus and her vocation to speak out is not silenced.

In our world where we see daily the truth twisting and turning in the wind Mary stands with those who wish to speak out, those who will not be silenced. Refugees in camps, mothers separated from children; the women of the #metoo movement; people silenced by poverty in our city.

“Peter said to Mary, “Sister, we know that the Saviour loved you more than all other women. Tell us the words of the Saviour that you remember, the things which you know that we don’t because we haven’t heard them. Mary responded, “I will teach you about what is hidden from you.”  (Gospel of Mary 6:1-4)

One thought on “St Mary Magdalene”